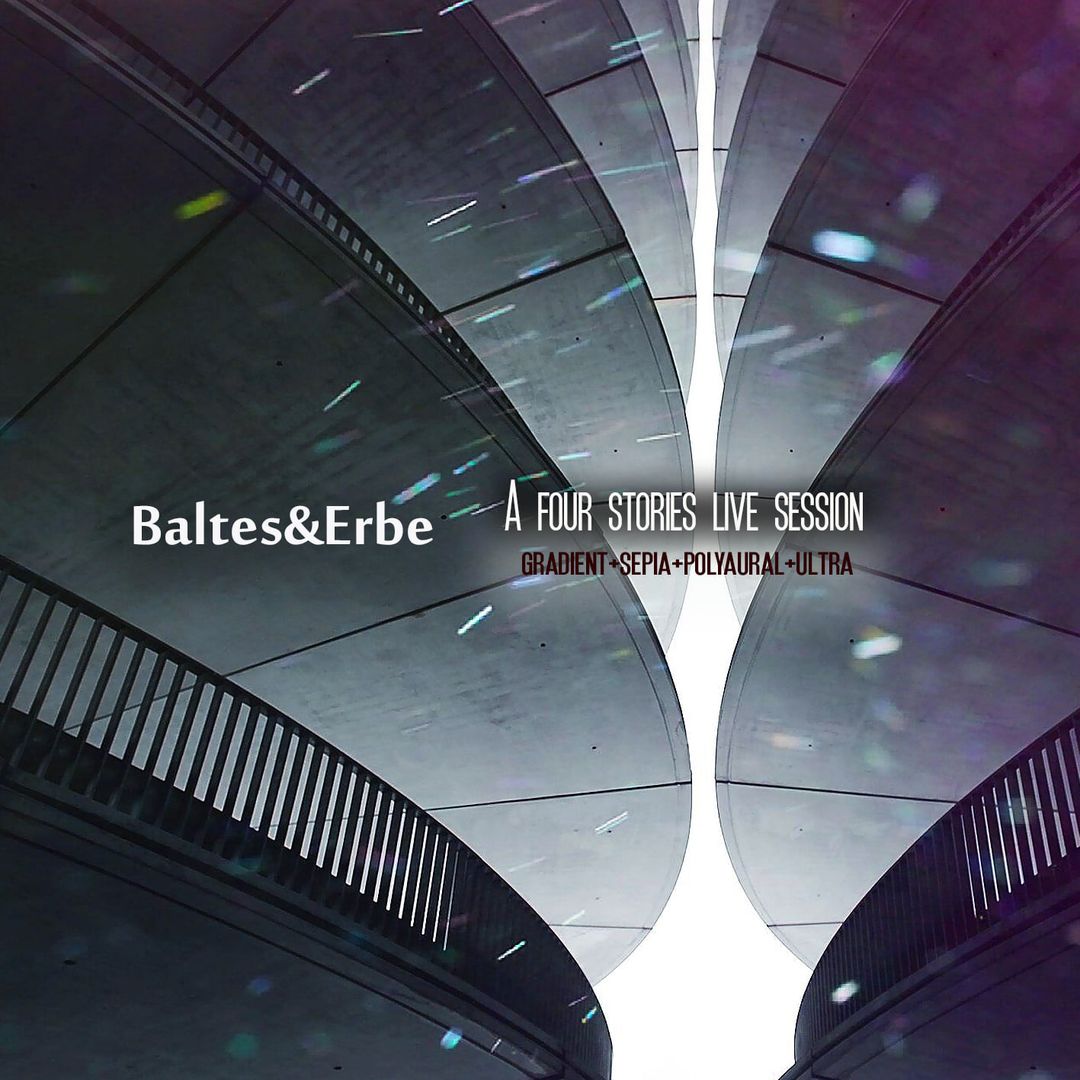 Steve Baltes and Stefan Erbe have shown with their previous 3 albums that the synergy of two musicians in a joint project can create an extraordinary intersection. Their 4th album "four stories" makes no difference here, although the material already consists of 4 existing tracks. The goal of the current symbiosis was to form the four stories of Gradient, Sepia, Polyaural and Ultra into a new narrative in which they would get a completely new structure.

So both met in summer 21 on the occasion of the production of a streaming event (for LSB Cologne) and recorded the session as a live album. 4stories did not receive any additional editing or studio edit elements, but ended up unedited on the present release. That each of these tracks would get an almost identical length is just one of the unpredictable aspects of the album. The album can be found as a digital download here in the store or on Bandcamp .