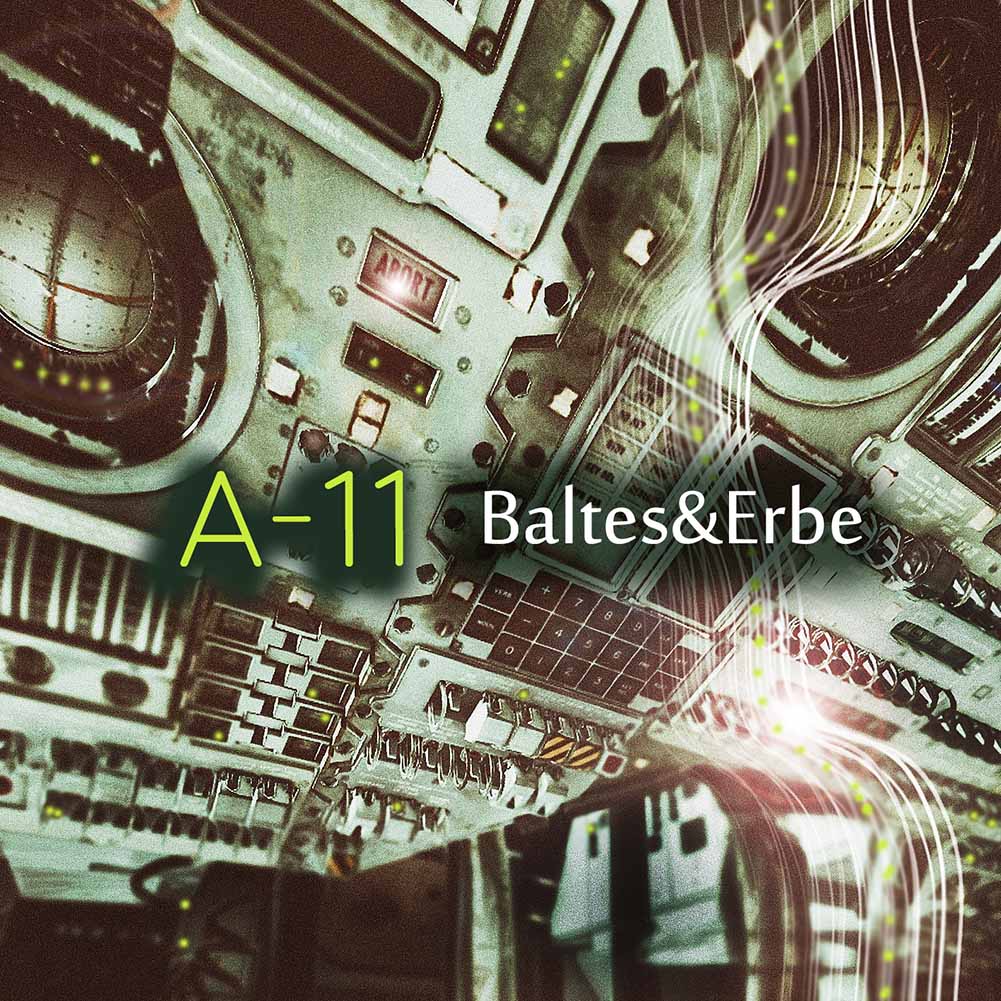 When Steve Baltes and Stefan Erbe decided to start their third album project, the topic had already been decided. As you might expect, A-11 is all about the 50th anniversary of the Apollo 11 mission. After a short period of inspiration, both musicians had a clear idea of what the album would not be like.
It wasn't supposed to be a typical cliché-consumer product that refers to the recurring historical significance of the moon landing, but rather a consideration of the technical possibilities and how the two would find a musical interpretation to it.
It is a sound retrospective with today's technique and the synergy of two compositional sound artists, who once again bring their special strengths and their highly praised sound aesthetics into one common project. The goal to continue the spirit of traditional elements of electronic music of the pioneer times with current elements has been realized almost perfectly, because the 80-minute story serves a suspense arc, which both delights the EM-lover of classical longplayers, but also comes along as an entertaining drumatic techno-soundtrack. Baltes&Erbes balancing act between partly Fourtofour-EM and a cineastic SciFi-Filmscore is a real unique selling point in the world of synthetically produced live recordings, because both produced a substantial part of the album in two sessions in spring 2019. Of course there was a Hand-On later in the studio, but who was guest of the concerts at the Hagen observatory and at event at the ATT in Essen, will hear a lot of elements and enjoy their immortalization. Their art of creating something new out of a supposed compromise of styles has become a rare quality, which they are now delivering again as proof after their albums s-thetik² (2015) and electric garden (2017).

But how could they approach this astro-theme that hundreds of artists have already tried to approach without including the typical “more than enough used Apollo soundsamples” or getting bored with the eternally yesterday's heroic-recordings?

B&E's approach is the technical realization of their music and the search for retrospective parallels. Those who know their concerts know the unusual use of multifunctional synthesizers, controllers, analog equipment and other technical achievements, which they regularly put on stage in rough quantities. One might almost assume that with their elaborate set they could almost fly to the moon themselves if they would installed everything in a pointed metal rocket. Therefore the parallel use of their computerized hardware is not only a tribute to the Apollo-11 mission, but also a musical challenge to turn the untested sound and his new formations, which often only arise at the concerts, into an audiophile journey whose final landing or destination is often still “at the stars” before the beginning. Their achievement to do the actual album studio work in two times live in front of an audience demands a high level of basic craftsmanship and a special self-confidence in their own abilities. But this is probably the most important part of the very authentic success that Baltes&Erbe transfer to the stage at each of their gigs.

The choice of themes for the 11 pieces does not include "the big steps for humanity", nor does it “triggering a sequential flag” into the ground. A-11 is more interested in the AGC (Guidance Computer), the control elements or other technical components. The journey to the moon would probably never have taken place without these enormous achievements and the mixture of trust and doubt, euphoria and possible failure floats over all 11 tracks of the album. Baltes & Erbe also use these moods in their music and thus draw the historical thread from the beginning to the narrative end. There is no need for additional pictures to remind oneself of the time travel 50 years later. Even if it took only 80 minutes.

A-11 was released on 20 July as a regular CD album as well as MP3 and wave download on the erbemusic.com label and will also be available from all major online distributors or directly at the erbemusic-Shop.